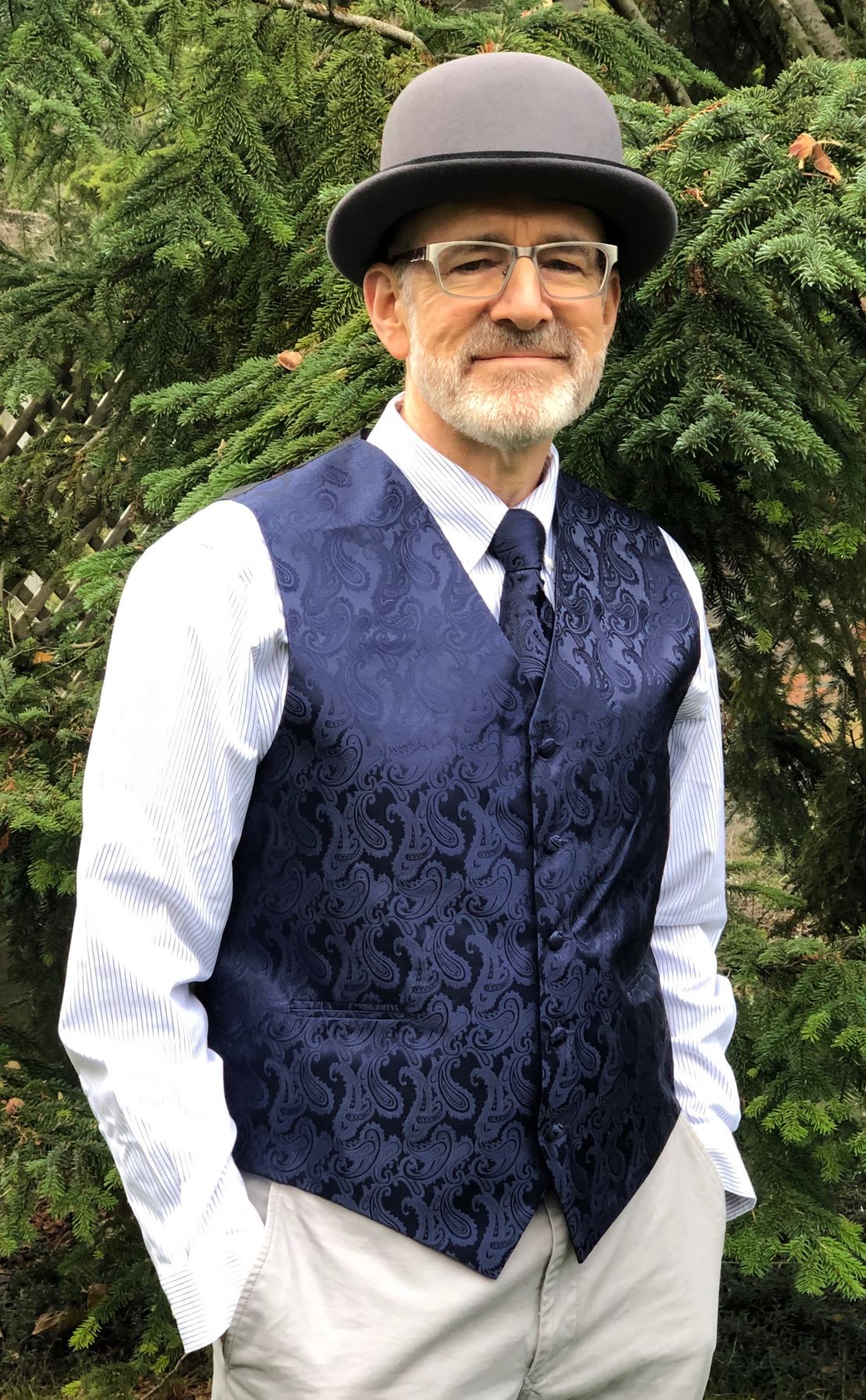 Cedron (pronounced "seedrun") has entered his 40th year as a dynamic and gifted bodyworker, is an Expert Level practitioner in the "John F. Barnes, P.T. Approach to Myofascial Release", and a National Certification Board for Therapeutic Massage & Bodywork (NCBTMB) Approved Continuing Education Provider.  An ardent student of the healing arts, he began his journey with the intensive study of subtle energy healing in the late 1970’s and is a graduate of three separate diploma programs in massage & bodywork *.  He has taken all courses (some twice) in the Barnes' Myofascial Release method (minus Pediatrics).  His additional three and a half decades of continuing education are too numerous to mention.

In 1995, Cedron contracted thoracic outlet syndrome - a severe form of repetitive strain injury (RSI) that almost ended his career. When all conventional medical treatments failed, he learned “myofascial stretching”, a unique form of self-care that addressed the chronic tightness present in his own body’s connective tissue (fascia). So phenomenal was his recovery, he became inspired to develop training programs so that he could assist others afflicted with carpal tunnel and other repetitive strain injuries. To date, he has taught these courses for such notable clients as the Boeing Company, the City of Seattle, the Washington Court Reporter Association, and the University of WA School of Nursing Continuing Education Conference.

Wanting to learn a system of manual therapy that used the principles of myofascial stretching, Cedron later turned to the work of visionary physical therapist John F. Barnes and took his first training in Miami in April of 2005. This was a turning point in Cedron's career, and Myofascial Release has since become the core tool in his practice.  To date, Cedron has been involved in extensive ongoing training in myofascial release including the onsite Skill Enhancement Program with John Barnes, P.T. at the "Therapy on the Rocks" Myofascial Release Treatment Center in Sedona, Arizona.

Over his career, Cedron’s compassionate heart and refined touch have lent themselves beautifully to massaging hospice patients through such venues as the “Comfort Care End of Life Study” - a collaboration between Bastyr University and the University of Washington.  Cedron was featured in a front page article which appeared in both print and online editions of the Seattle Post Intelligencer on July 8, 2006 (http://seattlepi.nwsource.com/local/276897_hospice08.html).

In the early 1990's, Cedron provided massage for people with AIDS through the Seattle non-profit "In Touch", and served as clinic supervisor in his last full year at the NW Aids Foundation facility.  In 2008-09, he presented workshops on palliative massage, and how presence transforms quality of touch at the National ALS Conference in Newport Beach and at the Spirit Heals Hospice Conference in Victoria, B.C.  Cedron has also developed and taught a cutting edge course for couples entitled “Integrating Personal Presence & the Sacred Into Human Touch”.  His current teaching focus centers on an entry-level course entitled "The First Barrier of Resistance" designed to demystify Myofascial Release.  All hands-on health care professionals are welcome in this course including Massage Therapists, PT's, OT's, Nurses, Naturopaths, Chiropractors, and MD's.

When Cedron is not treating patients on his table or teaching, he enjoys domestic and international travel with his sweetie, spending time with family, going to movies, attending jazz and early music concerts, and playing with his dog "Peaches".  Since 1978, he has performed with his beloved wife N'Shama as a multi-instrumentalist and vocalist specializing in Elizabethan ballads, Celtic music, progressive folk, and original songs and instrumentals.  See their music website at: http://www.houseconcert.com/

* Cedron is a graduate of: